How to Join USA Military

How to Join USA Military

Continued from here... Why I Chose US Military Over My Modelling Dream

After choosing her military job of combat medic, she was ready to go into the boot camp. It wasn’t until the eve of going away that it hit her that she was going to join the military as she watched YouTube videos of what happens in boot camps.

“I had been preoccupied with exams, ending the lease to my apartment and also dropping my classes. Now, reality was sinking in that I had actually signed up to join the military,” says Rachel, adding it was at this point she told her brother because she had not wanted to be talked out of the decision. 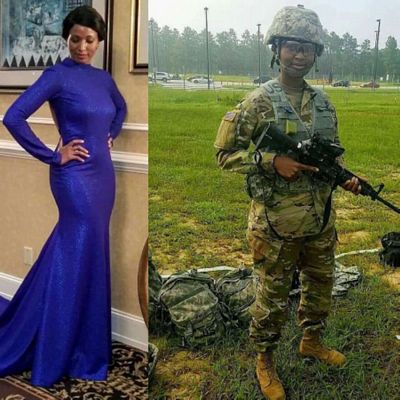 She says it was tough at the boot camp but her worst experience was “the night of the death crawl”.

The recruits climb up a ladder that brings them to a ground with gravel and sand. They have to crawl a distance of about 100 metres with their really heavy gear on them underneath a low, barbed wire roof spread throughout the course.

“Then you have drill sergeants shooting live bullets just above your heads as you try to make it to the other side. We were crying mid-course because you’re tired but you can’t stop and you can’t turn back since there are others also coming in behind you,” Rachel says.

More trouble followed as she lost her elbow and knee pads, and only realised how bruised and cut her skin was while she was taking a shower afterwards.

There was also walking through a chamber, which contains concentrated tear gas and they had to have their eyes open the whole time.

But despite being tough, she says boot camp was rewarding. She made friends with a lot of the other recruits through sharing in their hardship as they “embraced the suck”.

She graduated after two months, transformed from a civilian into a soldier. She then went through an advanced individual training — for combat medic training—before being stationed at Fort Bragg, North Carolina with a hospital unit at Womack Army Medical Centre.

“My station was a whole city, complete with shopping complexes and a hospital. It is the biggest military installation in the world by population. I worked in family medicine department and in the emergency department and would take care of the military, their families and veterans. We are taught how to take care of all types of trauma injuries as combat medics, some of which we’d generally not be able to do as civilians as they require specialisation or more certification,” says Rachel, noting that combat medics usually go on patrols with the soldiers when deployed, so they are taught how to take care of injuries caused by gun shots or explosive devices before the injured get to the doctors.

As active duty members, they would be up by 4am daily for training, which was timed. They would then take a shower and report to their stations. She would work 12-hour shifts a day and sometimes even longer.

The military is supportive, even of relationships formed within the military, because of the long periods soldiers spend together. And looking out for each other is important, she says. In her first week at the installation, Rachel felt people were too nosy because they kept asking her all these personal questions—but she realised they just wanted to know more about her. All single soldiers have to live within the barracks (living quarters), unless they are of certain ranks.

Rachel moved to Houston, Texas, during the onset of Covid-19 in 2020, now a member of the US Army Reserve— part-military, part-civilian with the 420th Engineering Brigade. While still on active duty, she got injured and she was constantly in pain, which made it harder for her to keep up with the physical demands of training. The final straw was an injury on her ankle one morning as they were doing a 12-mile (19.3 kilometres) ruck march at 4am. With 80 pounds (36.2 kilogrammes) on her back, she tripped as she was racing against time in the dark bushy area. Since then, her ankle has never been the same.

“I had a come-to-Jesus moment and told myself that I needed to take a break after going through a major surgery to take care of the issues I was going through. I only had three months left on my first four years of the eight-year contract the military gives out.”

She wasn’t quite ready to leave the military; so she transferred from active duty to the reserve. However, she can be activated at any moment should her team, an engineering unit now, need a medic as they work in different areas. As a civilian, Rachel is a quality analyst for a company contracted by the Veteran’s Administration.

She misses her “battle buddies” whom she had grown close to and who visited her and took care of her, sat with her in hospital and took her home afterwards, and visited her to ensure she was faring well. Even though she likes that she can now do what she wants now as a civilian, she has extended her enlistment as her eight years were to be due in July 2022.

“I don’t know if I want to be out, I’m still trying to listen to my body. If I got out completely (without transferring to the reserves) then I’d have to go back through basic training if I wanted to come back in later,” says Rachel.

She tried to get back into her former university to complete her doctorate programme at TSU, but she was told that she had to do the entrance exam again and get recommendation letters.

“With professional courses, they assume after a year that you’ve forgotten everything. But if I have to go through the whole process again then I might as well apply elsewhere,” she says.

For now, her focus remains on the master’s degree she is pursuing and she has no regrets for choosing the military over her modelling dream.

Join in and write your own page! It's easy to do. How? Simply click here to return to US Army Recruitment.