Free Scholarship + Free Tablet! - Every Registered Student Receives a Free Scholarship and Tablet!*
UNESCO MAB Young Scientists Awards: MAB provides 10 young researchers each year with awards up to $5,000 in support of their research on ecosystems, natural resources and biodiversity.

Priority is given to projects carried-out in biosphere reserves, on the theme of ecosystems and water. 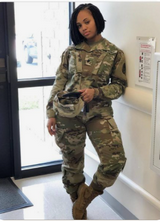